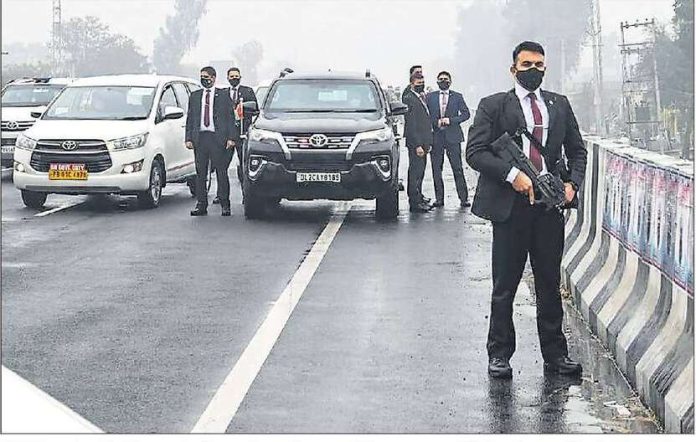 Chandigarh : Prime Minister Narendra Modi’s first rally in poll-bound Punjab was cancelled on Wednesday on account of a major and unprecedented breach in his security, with protesters blocking a route and forcing the PM’s convoy to spend about 15 -20 minutes on a flyover.

The Centre, the Bharatiya Janata Party (BJP), security experts and former senior police officers all stressed on the dangerous precedent set by the incident, with both the Union government and the BJP pointing to lapses by the Punjab police and the state government, and alleging that dirty politics was at play.

“Today’s Congress-made happening in Punjab is a trailer of how this party thinks and functions. Repeated rejections by the people have taken them to the path of insanity,” tweeted Union home minister Amit Shah.

Union minister Smriti Irani asked if information about the PM’s route was leaked. “Never before has the state government knowingly constructed a scenario where the PM will be brought to harm,” she said. “This was the Congress’s khooni (deadly) intention.” She also touched on reports that said PM Modi spoke to officials at Bathinda airport.“Say thanks to your CM that I was able to return to Bathinda airport alive,” Modi was quoted as saying by news agency ANI.

Punjab chief minister Charanjit Singh Channi expressed regret over the incident but rejected the BJP’s allegations. “We regret that he had to return due to the blockade…he is the Prime Minister of the country. We respect him,” he told reporters, clarifying that his government had no information about the PM’s motorcade taking the road route.

“There was no prior information. I worked till 3am to convince farmers to clear all routes. All roads were cleared by Wednesday morning. Had they told us about the road travel in advance, we would have made proper arrangements,” Channi said.

Still, it is difficult to recall the last time when a sitting PM had to cancel a rally after protestors blocked the way — even in a state ruled by a rival party. Through last year, the BJP fought a bitter battle in West Bengal with the Trinamool Congress, and the PM addressed several rallies without incident.

The Bhartiya Kisan Union ( Krantikari), one of the 32 farm organisations involved in the year-long protests against the now repealed farm laws, took responsibility for the blockade. “We were not aware that PM would travel by road as we were told he would reach the rally site by a helicopter. We were already protesting on the spot and came to know about the PM only after his cavalcade had left,” said Baldev Singh Zira, general secretary of BKU(Krantikari).

“The state police is informed in advance about PM’s travel programme and an advance security liaison (ASL) is carried out jointly with the state police and Intelligence Bureau in which any threats, programme venue’s security, route, alternative routes are discussed. While the SPG (special protection group) handles the proximate security, the overall security – including clearing of routes, peripheral security arrangement, frisking of venue are all responsibilities of the state police,” said a former senior SPG officer, requesting anonymity.

In a statement detailing the sequence of events, the Press Information Bureau said,“Today morning, the Prime Minister landed at Bathinda from where he was to go to the National Martyrs Memorial at Hussainiwala by helicopter. Due to rain and poor visibility, the PM waited for about 20 minutes for the weather to clear out.”

“When the weather did not improve, it was decided that he would visit the National Marytrs Memorial via road, which would take more than two hours. He proceeded to travel by road after necessary confirmation of necessary security arrangements by the DGP (director general of police) Punjab Police,” it added

The statement went on to say that “around 30km away from the National Martyrs Memorial in Hussainiwala, when the PM’s convoy reached a flyover, it was found that the road was blocked by some protestors”, resulting in the convoy being stuck there for 15-20 minutes, which was a major lapse in his security. Modi was scheduled to address a rally in Ferozepur and lay the foundation stone of multiple development projects worth more than ₹42,750 crore. This would have been his first public meeting in the state since the repeal of the three controversial farm laws, which sparked sweeping protests across the state. Shah said that the Union home ministry sought a detailed report on the security breach from the state. “Such dereliction of security procedure in the Prime Minister’s visit is totally unacceptable and accountability will be fixed,” he tweeted. The Punjab CM claimed that the attendance at the BJP’s rally was thin, and that only 700 people had turned up for arrangements that were made keeping 70,000 people in mind. “May be this was why the PM decided to go back,” he added 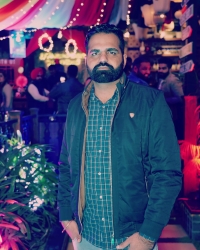