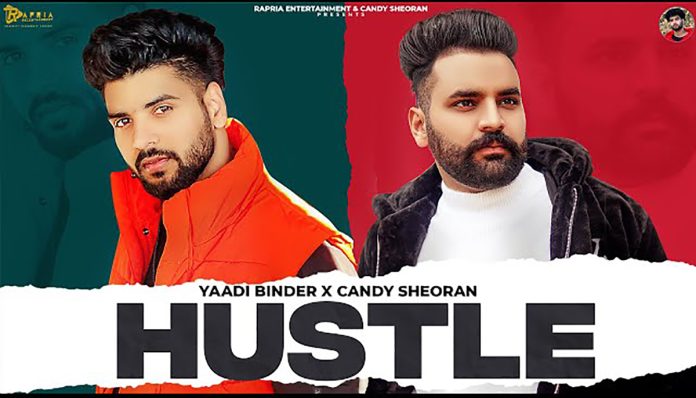 Different from his usual Punjabi songs and bearing both hip-hop and evenly loud segments, the song is being well received amongst Punjabi and Haryanvi music lovers. Since its release, the song has accumulated 10000+ likes and 1300+ comments on YouTube. The music was given by Platinum Music and managed by Lalit Rapria & Rapria Entertainment.

The Punjabi lyricist, composer, and singer stated that he’s on the mission to bring quality back to the Indian pop as well as hip-hop charts. “I’m preoccupied with writing songs that everyone can relate with.” Yaadi Binder said. “There was a time when a lot of musicians felt that but nowadays music is all about making money or picking fights. I would rather make music that moves my listeners.”

During the song launch event, Yaadi Binder also shared why he decided to sing a Haryanvi song after releasing multiple singles inPunjabi language. “I always wanted to compose and sing in Haryanvi. I want to showcase our culture to people around the world. Though I am a student of Khalsa College in Chandigarh, my real coming-of-age happened in Dharmakshetra – the city where I grew up. Haryana will always remain the closest to my heart”

Apart from making noise in the Haryanvi music industry, the 22-year old music talent is also known for his songs in the Punjabi music industry. Yaadi Binder has launched 5 songs with Amry Productions in the last couple of years.

The Punjabi and Haryanvi music industries are one of the biggest in the Indian subcontinent. The Punjabi music industry is currently worth 700+ crores and is growing at the pace of over 10% annually.

The future of the Haryanvi music industry also looks promising, thanks to artists like Yaadi Binder who are incorporating both Western and Indian influences in their songs and making their mark on the national stage. The Kurukshetra-based singer also said that his team will upload “Hustle” on different music-streaming platforms soon. Check out the latest Haryanvi song on YouTube.

Yaadi Binder is a lyricist, singer, and composer who hails from Kurukshetra and is active in both Punjabi and Haryanvi music industries. The 22-year old youngster has launched 6 singles till now and collaborated with multiple musicians across the globe. Connect with him for music and performance inquiries.

The Symptoms, Causes, and Treatment of Prostate Cancer

Reasons to Use High-Pressure Laminates for Interior Surfacing

How much does IVF treatment in Panchkula Cost?

What are the signs that indicate kidney stones?